Seasons Matter When You Visit Us At Victoria Falls River Lodge 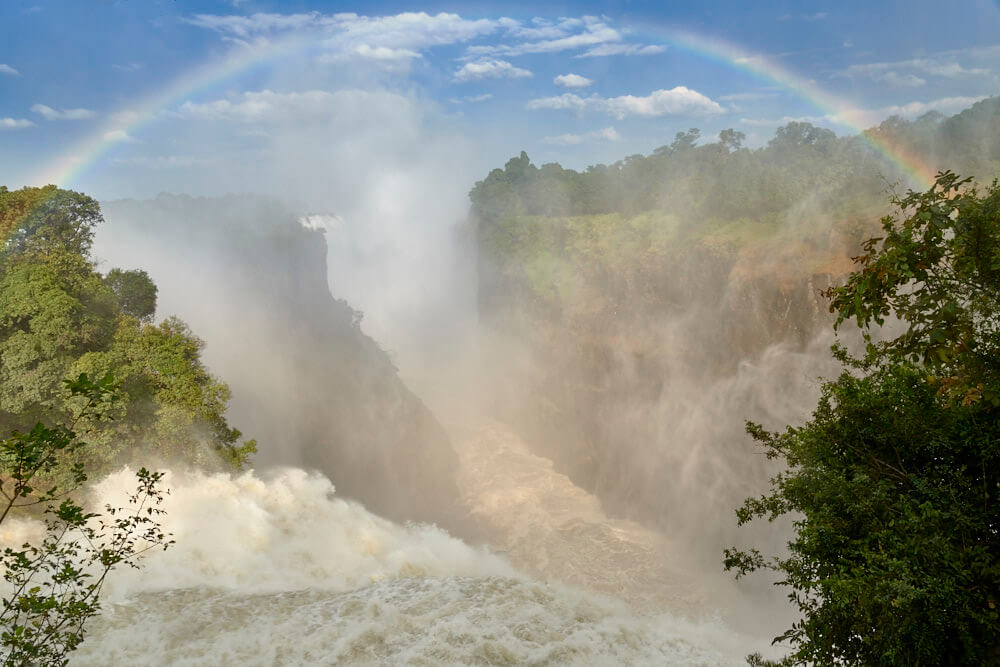 Widely described by locals as the “Rainy Season”, the period between November to early April is characterised by regional Summer rains. The rains occur in the form of a brief, energetic downpour or thunderstorm and leave everything glistening, fresh and deliciously fragrant.

During the suggested golden visiting months of January through to March, the Zambezi River fills up to dramatic levels from the Summer rains. This makes for spectacular views of the Victoria Falls – which become more intense as the river’s flow increases. Spray from the world’s largest sheet of falling water rises to a height of over 400 metres, sometimes even twice as high, and is visible from up to 48 kms away.

Victoria Falls is famous for this majestic water spectacle, best viewed from January to March, when the ‘smoke’ from its spray and ‘thunder’ from its roaring mass of water puts up an unforgettable, theatrical display of African magic.

Reason 2: It falls in the lush “Green Season”

The grass is at its most nutritious in this period (January to March), the rainforest flowers are in bloom, and the Baobab trees start to fruit – ensuring plenty of bird activity in the area. This will be a perfect time to also take up a walking safari or do some bird watching – in the lush natural bush surrounding the luxury Zambezi Crescent Collection lodge.

Bait fishing is also popular during the height of the rainy season, due to the murkiness of the Zambezi River.

Reason 3: It falls outside of the “Busy Season”

If you don’t like queues and the almost tangible air of zeal exuded by a bustling mass of people-on-holiday with you, the best season to travel to Victoria Falls River Lodge would definitely be January to March.  The rush of Christmas / New Years’ visitors will have returned home and the rigorous operating pace of the numerous activity businesses and local traders at the vibrant market places would have subsided once again.

Visitors during this time will have a greater choice of activity booking timeslot options and the assurance that a visit to Victoria Falls town (a short drive from the Victoria Falls River Lodge), to explore the quaint historic town, indulge in some leisurely curio shopping, and enjoy a drink or a meal, is at a far more sedate tempo.